Was founded in 1987 by L. E. Van Ahn in Alexandria, MN. The firms mission statement is to assist investors and producer hedgers by increasing their income while reducing risk in their portfolios or farming operations. We invite you to explore our website. There is a substantial risk of loss in trading commodity futures, options and foreign exchange products. Past performance is not indicative of future results.

Values (what is important to us):

Mission (who we are and what we do):

Van Ahn and Company maintains a staff of well qualified commodity investment specialist looking for opportunities to benefit from moves up and down in all commodity markets. Use of futures and options can be utilized depending on the individual’s needs and risk tolerance.

The backbone of the business has been and continues to be the assistance in working with producers market their crops and livestock. The utilization of risk reduction tools is the defining strategy when assisting those producers. 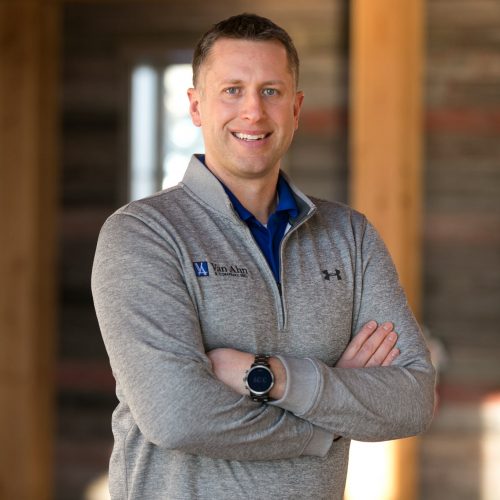 Jim started with Van Ahn and Company, Inc. in 2003. Jim was born and raised in the Alexandria, MN area and attributes much of his hard work ethic and discipline to a great upbringing. Jim attended college at NDSU where he graduated with honors majoring in Business Administration, minoring in Agricultural Economics, and received a concentration in Marketing. Jim is married and has three children (2 girls and a boy). Jim enjoys digging deeper in the Bible, time with his wife, kids, and family. He also enjoys hunting, working out, and spending time on the lake.

A Comment from Jim: “Marketing can often be one of the most frustrating components of farming. We have developed a 4 step approach to help you focus in on what needs to happen to be successful in marketing grain and/or livestock. At the end of the day, marketing comes down to focusing in on price, basis, carry, and our 4 step approach. If you want to improve on your marketing, take a step in the right direction today with the team at Van Ahn and Company, Inc.” 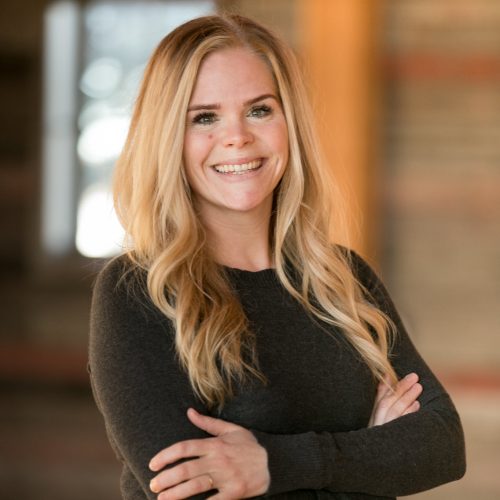 Kristi started with Van Ahn and Company, Inc. part time in 2009 while she finished her last year of college at North Dakota State University. Kristi graduated with a degree in finance and a minor in Ag business. Kristi is very proud that she gets to carry on a family business and hopes that it continues to flourish for generations to come. Kristi is married with three daughters (just like how she grew up). Kristi’s hobbies include golfing, being outdoors, watching her girls grow, date nights with her husband, and spending time with all her family- no event is too chaotic.

A comment from Kristi: “There are many things that I love about my job, but what I love the most is the integral part of relationship building we get to do with our producers for marketing. It is very important to remove the emotion involved in marketing and someone helping you do that along the way, is key.” 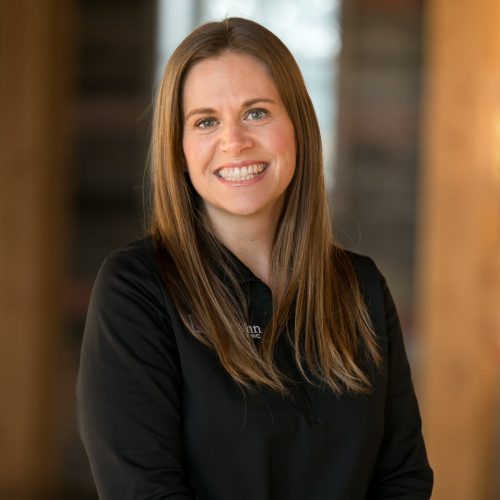 A comment from Kaylee: “I love working at Van Ahn and Company, Inc., because it is a family operation, allows me great flexibility with my family, and the staff is second to none.” 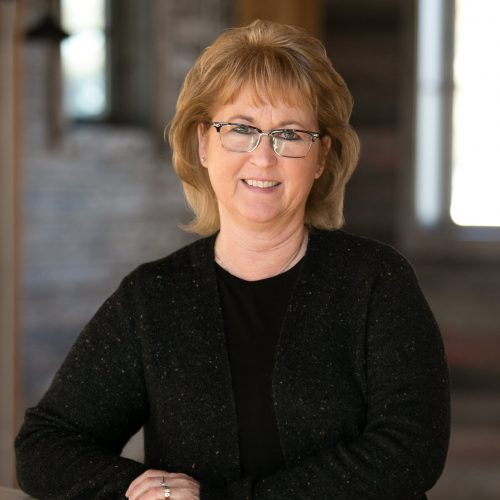 Sue started with Van Ahn and Company, Inc. in September of 2011 after having a long career in the beauty industry. Although Sue was hired as a secretary she has become so much more. Everyone in the office agrees we could not survive without her. Sue’s official title is Office Manager and boy is that the truth. Many of you know her as Jim’s mom. Sue enjoys staying busy by hanging out with her six grandchildren, spending time outdoors with her husband Terry, and traveling with her sisters.

A comment from Sue: “I enjoy the personal relationships I get to build with Van Ahn and Company, Inc. clients when I talk to them on the phone. I enjoy staying busy doing various tasks in helping clients open accounts and any requests they need fulfilled. “ 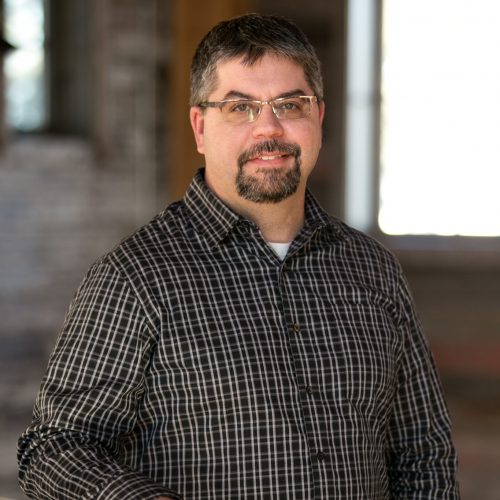 Ross has been employed with Van Ahn and Company, Inc. since 2009. Before becoming a licensed commodity broker, he operated a crop and livestock based farming operation that he still does part time today. Some of his greatest assets include the strong team of individuals that surround him within our office and the relationships that have been built with producers. Ross is married to Holly and is blessed with four children lead by a strong background in faith. Outside of work, Ross can be found helping around the farm, chasing kids, hunting, fishing, and spending time with family.

A comment from Ross: “Securing a solid net return on investment in today’s farming economy can be very difficult as the extremes in both price and production appear to be amplified year over year. I have a passion to help producers identify and set realistic targets to secure margin in ways that meet each producers’ goals.” Ross works with growers and end users in the grain and livestock enterprise. This provides him a solid balance on both ends of pricing opportunities. 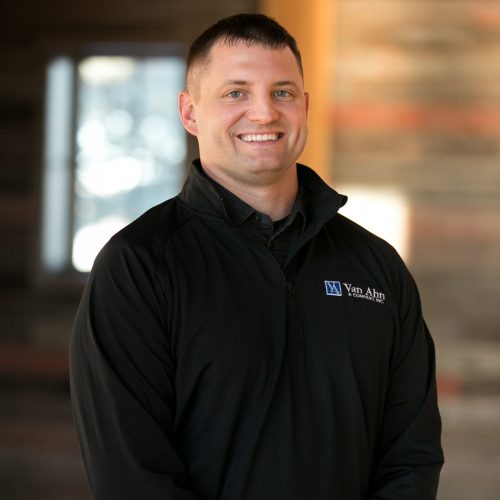 Isaac started with Van Ahn and Company, Inc. in the spring of 2017. He graduated with a Bachelor of Science degree in Finance from Minnesota State University Moorhead. Isaac prides himself in his ability to communicate with producers, making sure they understand all aspects of marketing. He is also a part of Van Ahn and Company, Inc.’s decision making team for investments. Isaac is married and has two children – 1 girl and 1 boy. He loves spending time at the lake with his family and friends. He also enjoys many outdoor activities, including hunting, and fishing.

A comment from Isaac: “I enjoy teaming up with clients to customize a marketing plan that works for their operation by utilizing multiple resources we have available for them. We believe in a team approach to actively analyze the markets and breakdown our 4-pillar strategy to guide our marketing recommendations.” 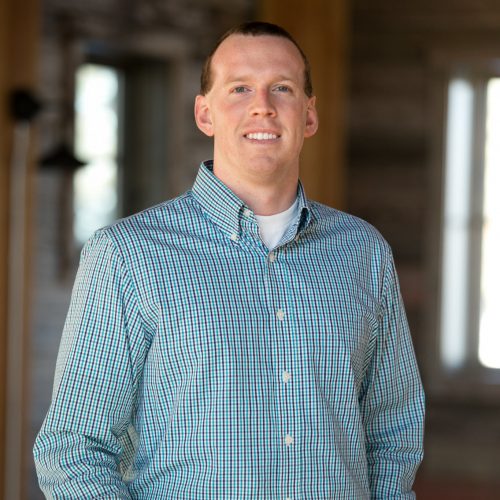 Dan started with Van Ahn and Company, Inc. in the Summer of 2018. He graduated from NDSU with a bachelor’s degree in finance. He has previous experience in the financial markets where he worked as a portfolio manager for a regional bank. He finds great value in providing market perspectives from the technical side, where he offers behavioral characteristics of buyers and sellers that make up our futures markets. His role includes leading a mix of producers and investment clients toward processed market decisions. He is an active member of the Chartered Market Technicians Association and was granted the CMT designation in the spring of 2016. Navigating the gap between analysis and execution is his motto when it comes to helping better not only Van Ahn and Company, Inc., but clients as well. He currently lives in Alexandria, MN with his wife Dana while they enjoy lake time, hunting, family, and fellowship.

A comment from Dan: “Success can be measured in many ways in this business, part of how we define success within our company is the ability to focus on the process rather than the results. The idea behind this would suggest that if we are detailed in our approach as investors and marketers, the results should inherently take care of themselves. This is how we approach the markets and the ability to master this equation is something we continuously progress towards. Setting those expectations upfront combined with a passion to do the very best for our client is what sets Van Ahn and Company, Inc. apart from many in the industry.” 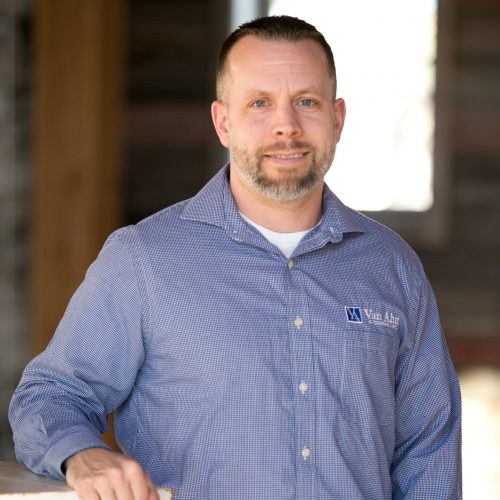 Steve has been with Van Ahn and Company, Inc. since May of 2017. Steve lives a half hour north of Alexandria on his family’s farm where he was born and raised. Steve alongside his mother and brother ran a 3rd generation dairy farm. After graduating from Alexandria Tech, with a degree in Diesel mechanics, Steve returned to the farm and continued to milk until October of 2009. He continues to farm the land in a corn, soybean, alfalfa, and small grain rotation. Steve is married and has two daughters. With his farming background, he feels he can relate to his producers marketing needs for their grain and livestock operations. When he is not at work with Van Ahn and Company Inc., he is putting in the afterhours as a producer.